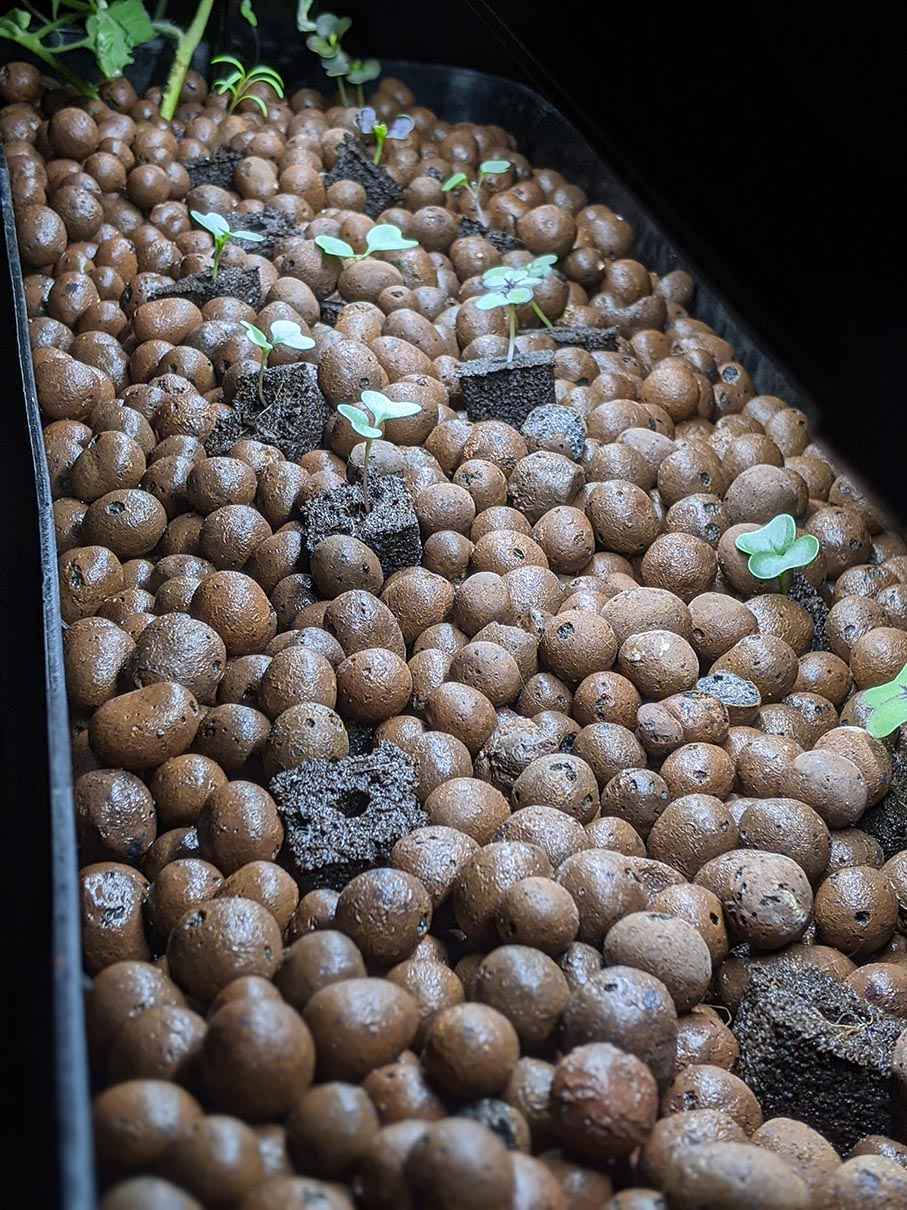 We wanted to try our hand at aquaponics on a small scale, in order to have fresh greens for our tortoise over the winter and maybe some fresh herbs for ourselves. We ended up going with the ten-gallon Garden system from Aquasprouts. We've been really happy with this system, and it comes with nearly everything you need. We got the ten-gallon tank from a local pet store, already had seeds on hand, and did end up investing in a tank heater since we keep this in the basement and it got chilly during the winter for our goldfish. 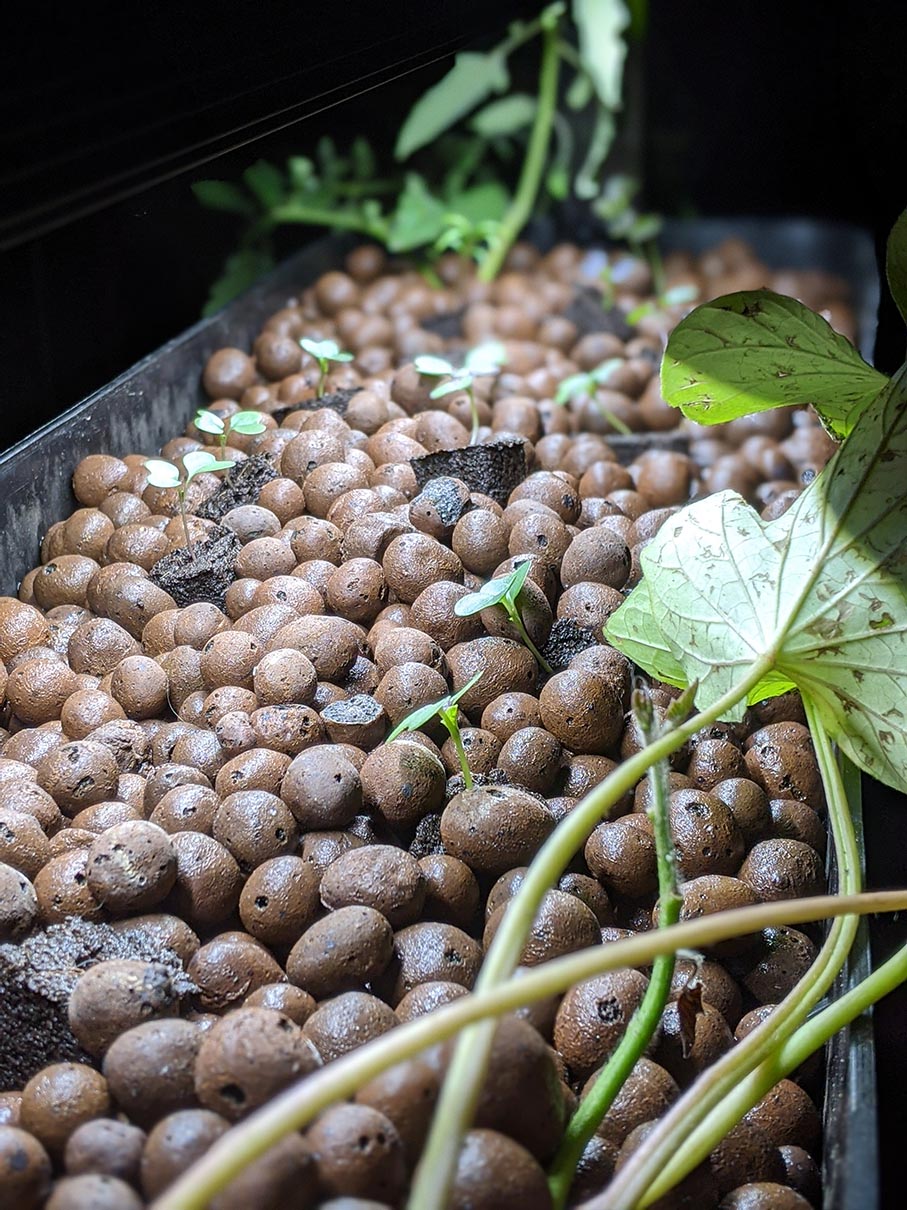 We started out with a variety of greens and added sweet potato slips from cuttings of our plants that were still growing outside at the time. 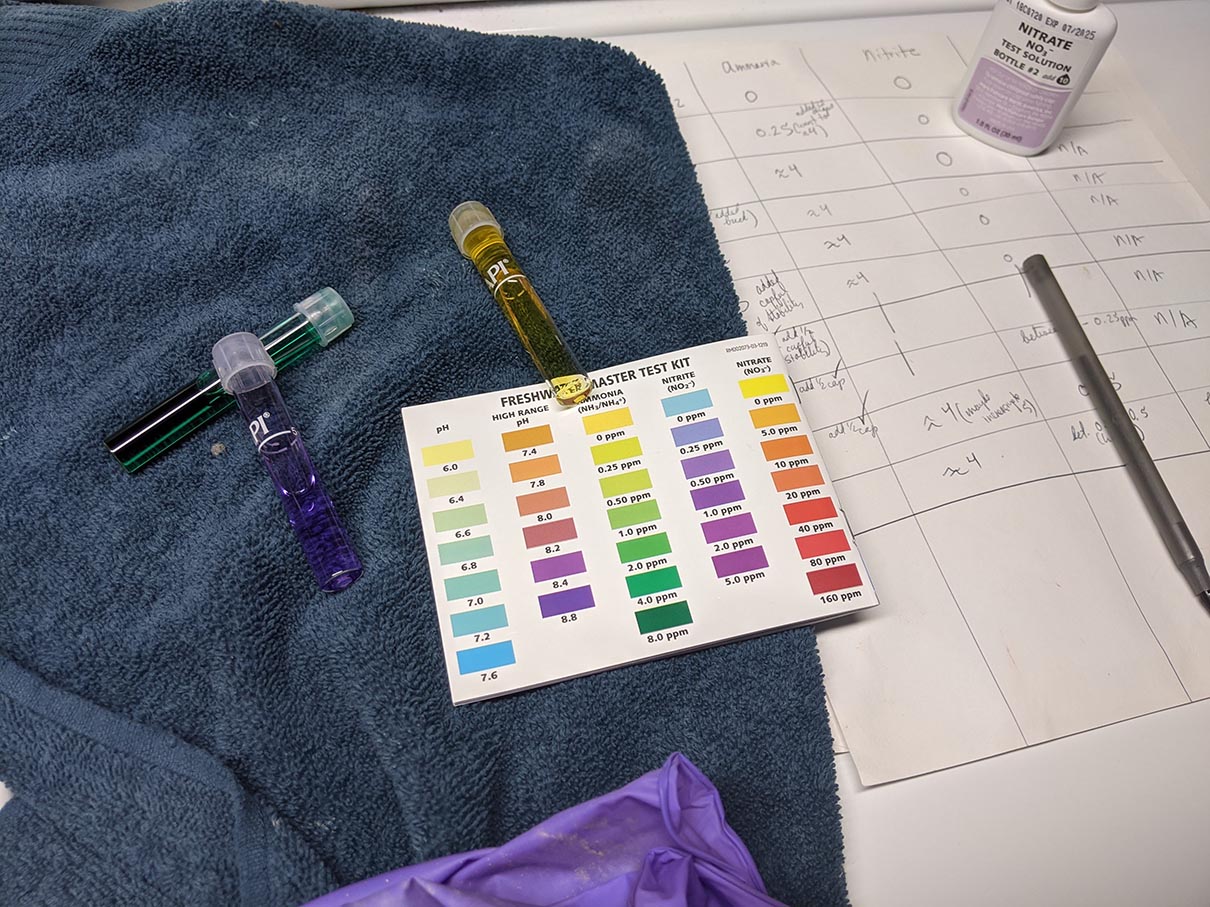 We spent several weeks cycling the system, monitoring ammonia, nitrate, and nitrite levels until the benefical bacteria had colonized in great enough numbers for the fish to be introduced. 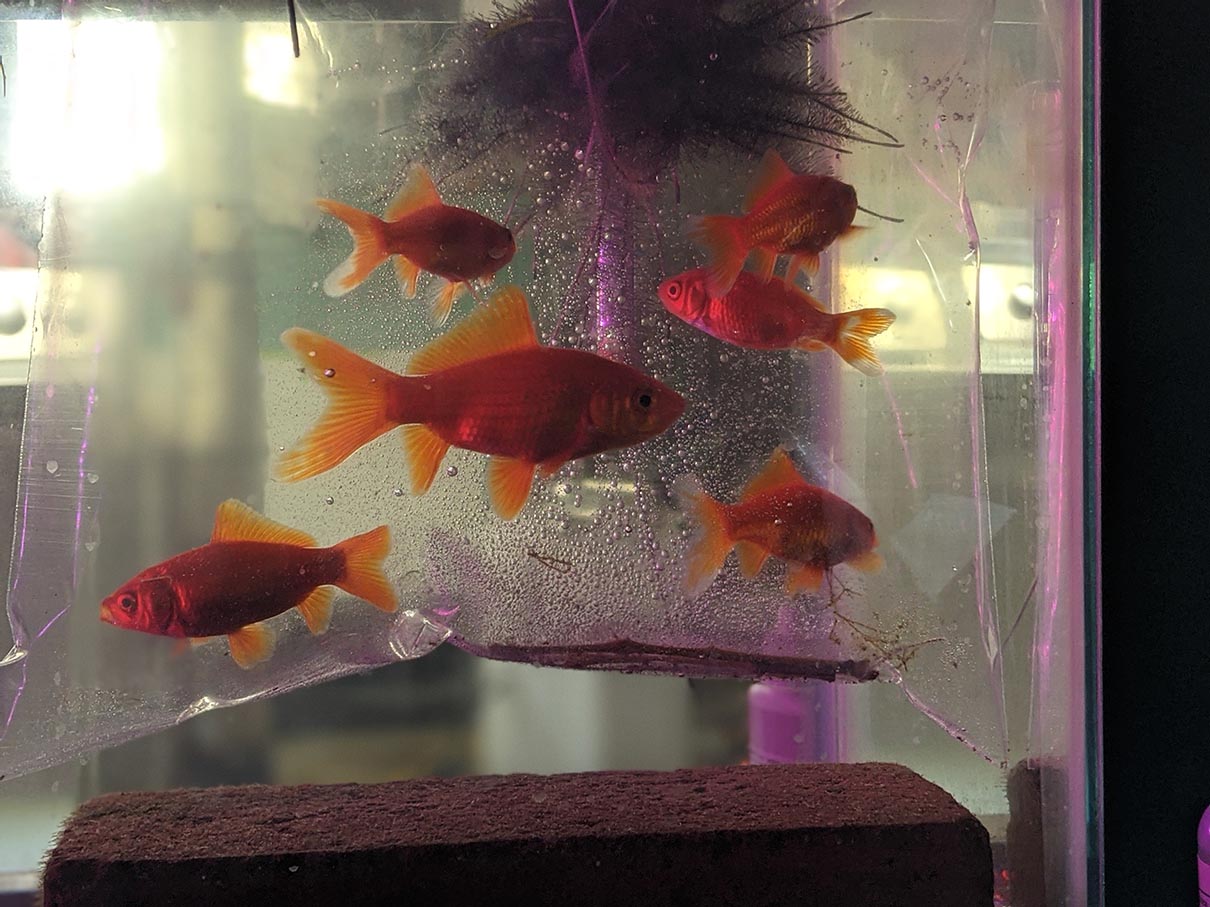 We brought in some of our garden pond goldfish to overwinter in the aquaponics system. The idea with aquaponics is that fish waste will be converted by the beneficial bacteria (biofilter) into nutrients for the plants. We did conclude later in the process that we needed to supplement the system with water soluble kelp powder and chelated iron. 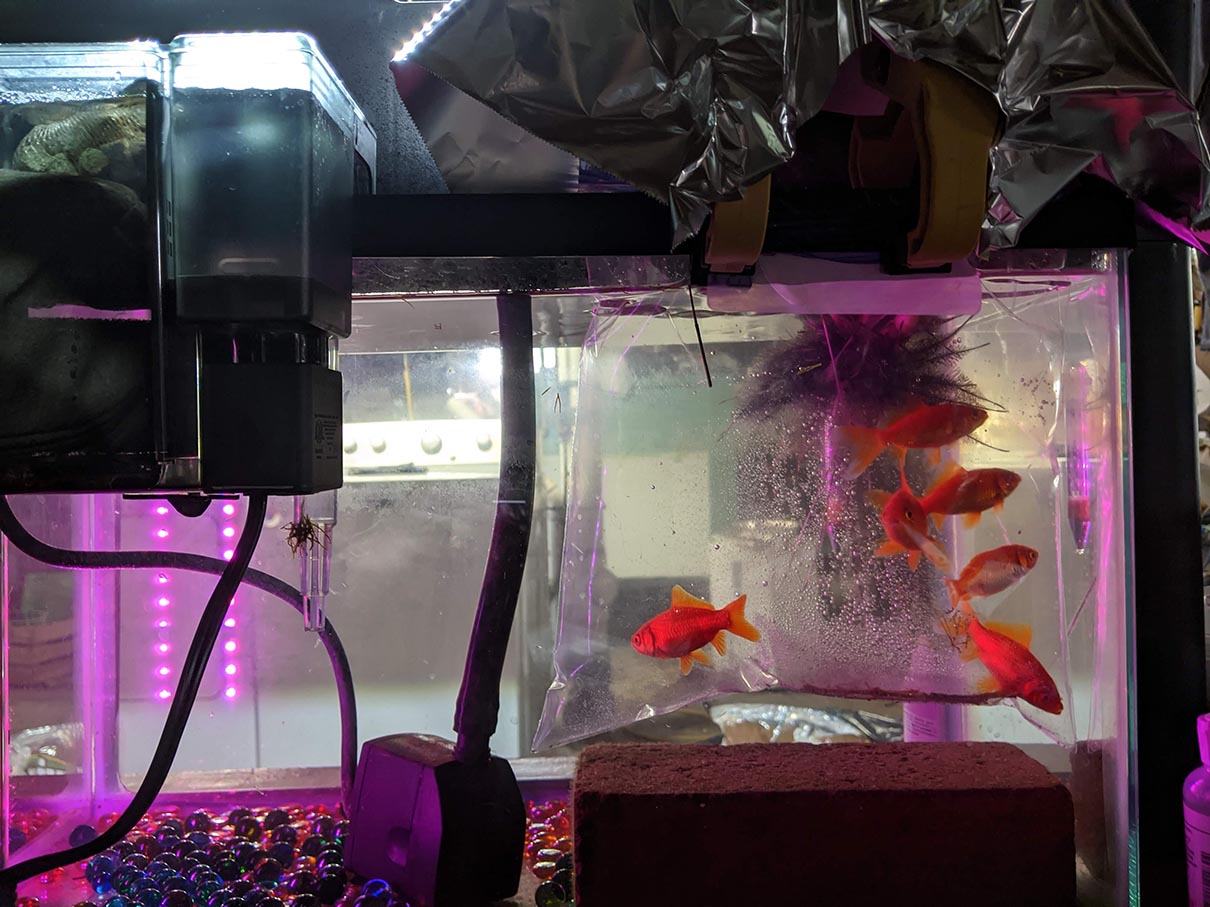 Here are the fish acclimating to the temperature of the system. We gradually added tank water into their bag over the course of several hours, and then they were ready to go in! For the first several months, the system remained very stable. As the fish have steadily grown, we have found it necessary to do weekly ten percent water changes to keep pH levels stable. We are currently preparing to move a couple of the biggest fish back to the pond to decrease the load on the system. 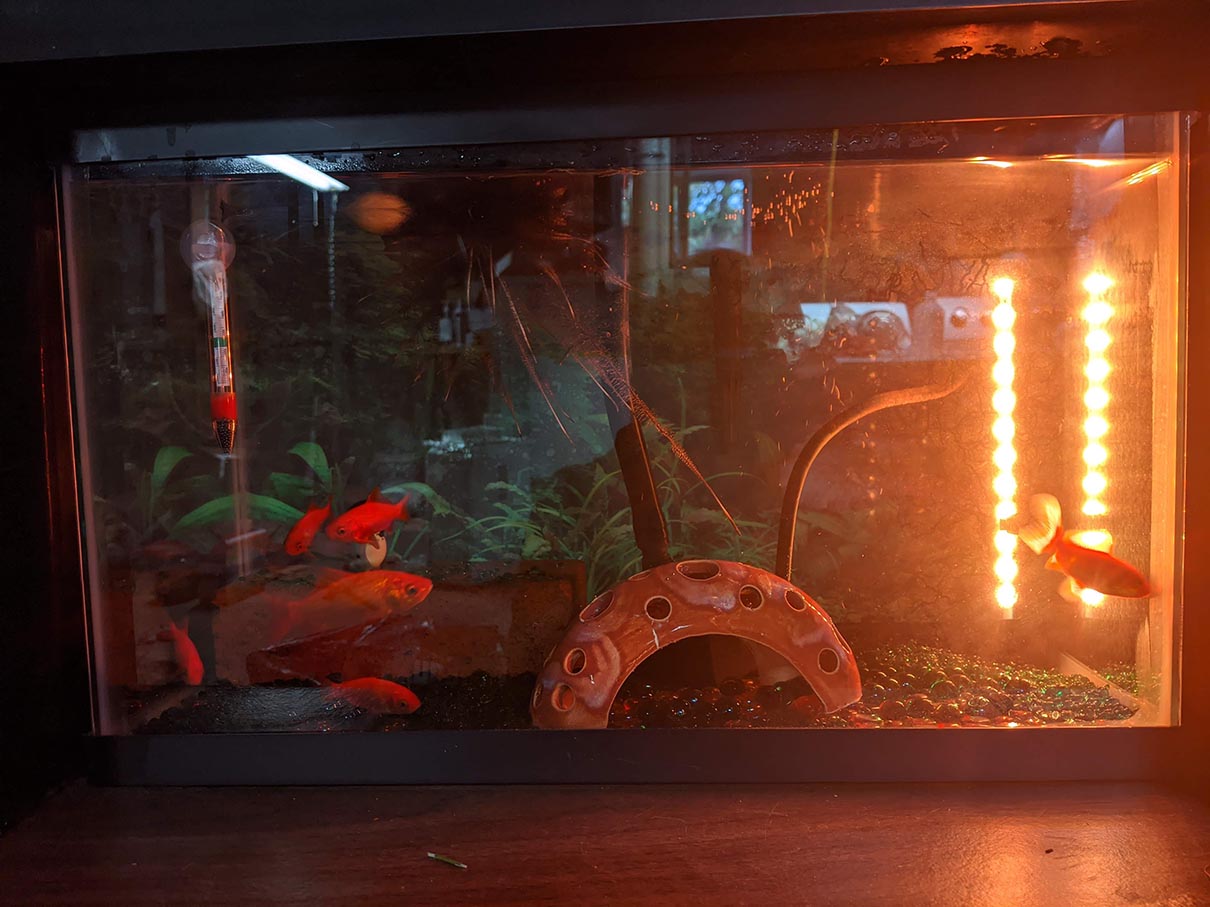 The LED tube light with the kit comes with a remote control to change colors, which is a fun bonus. The fish enjoy their ceramic arch. 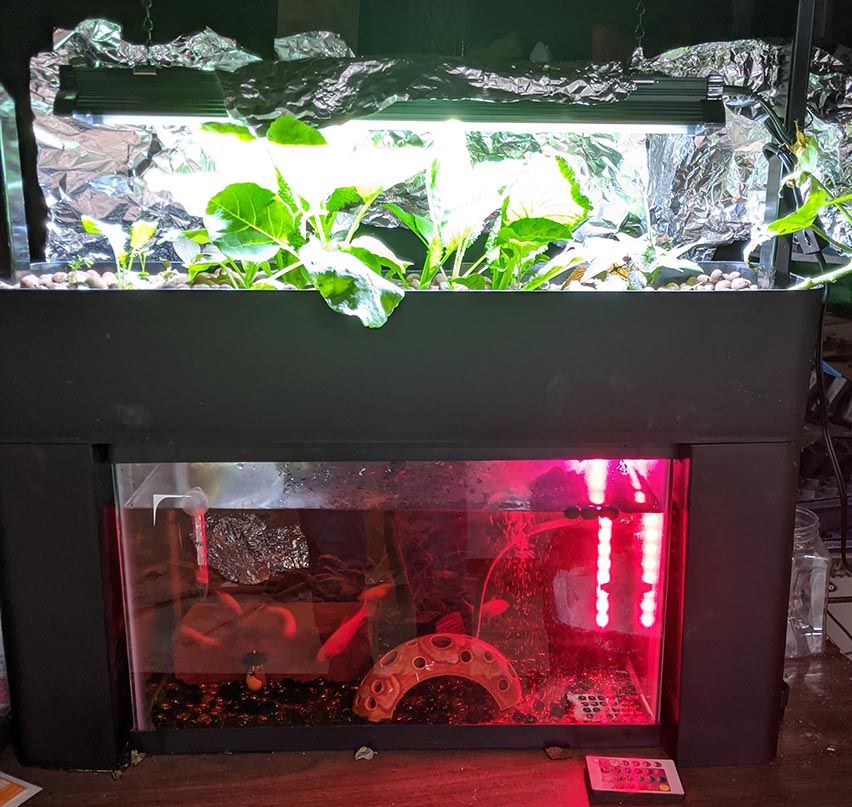 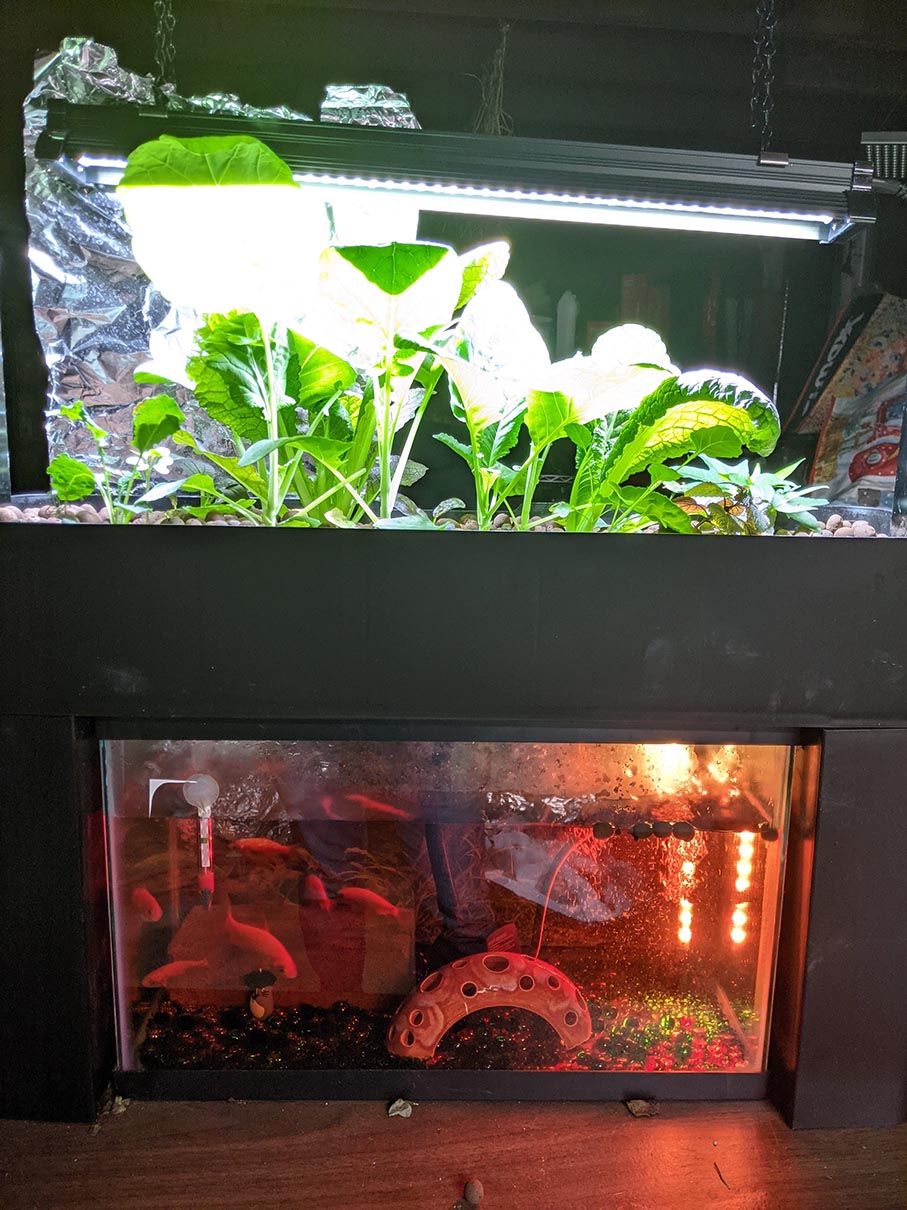 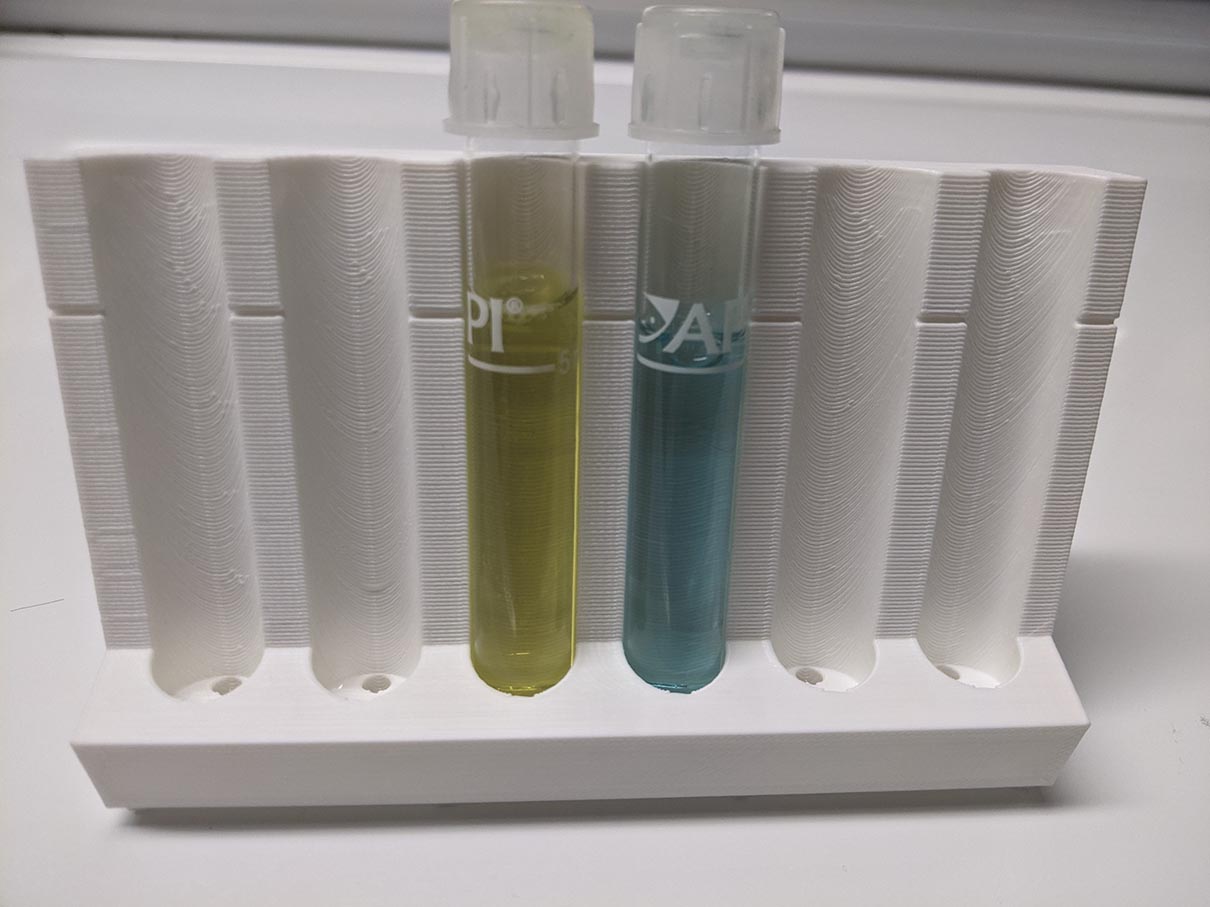 It's important to regularly test the water to make sure your system is healthy. We found this 3D-printed test tube holder which makes it very easy to see the colors of the test results. 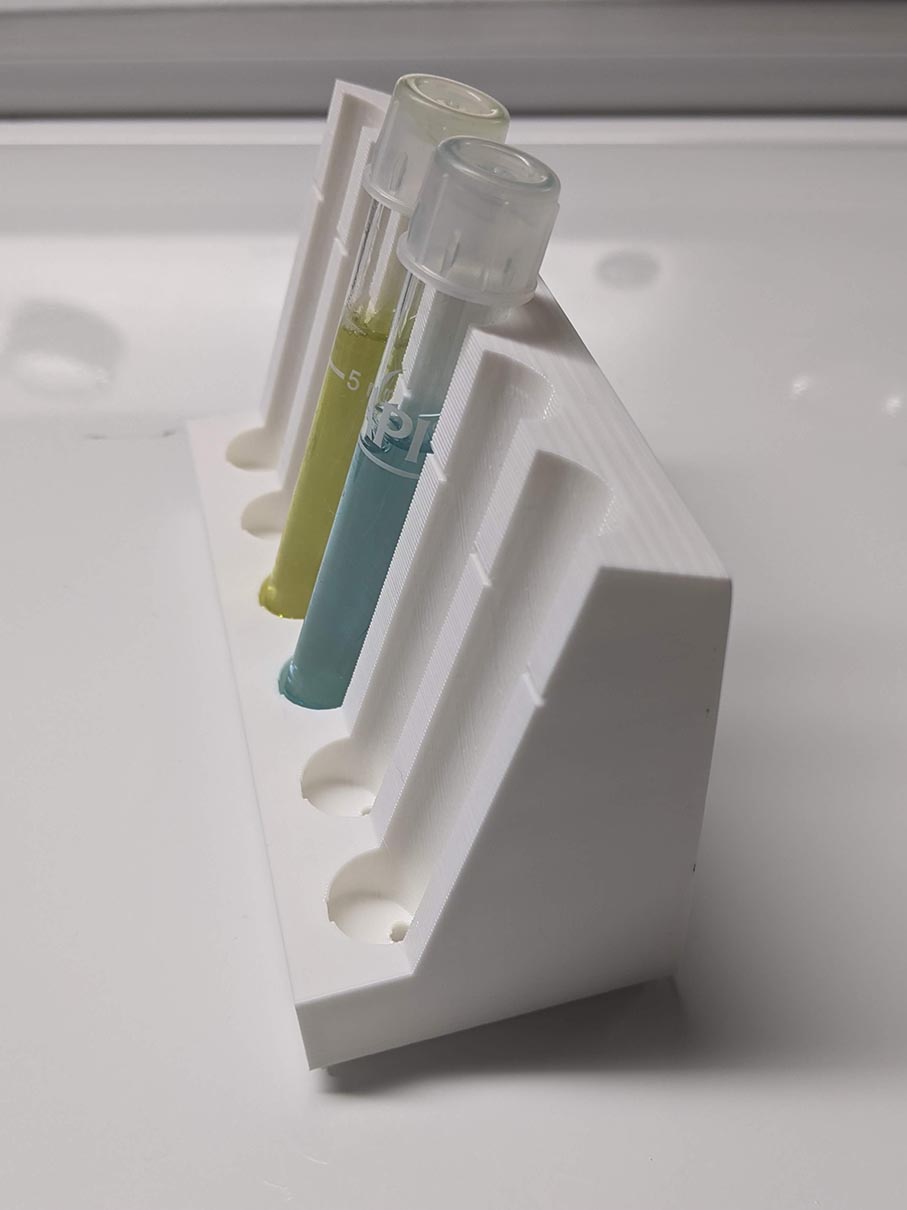 It also functions as a drying rack after you've rinsed the test tubes! 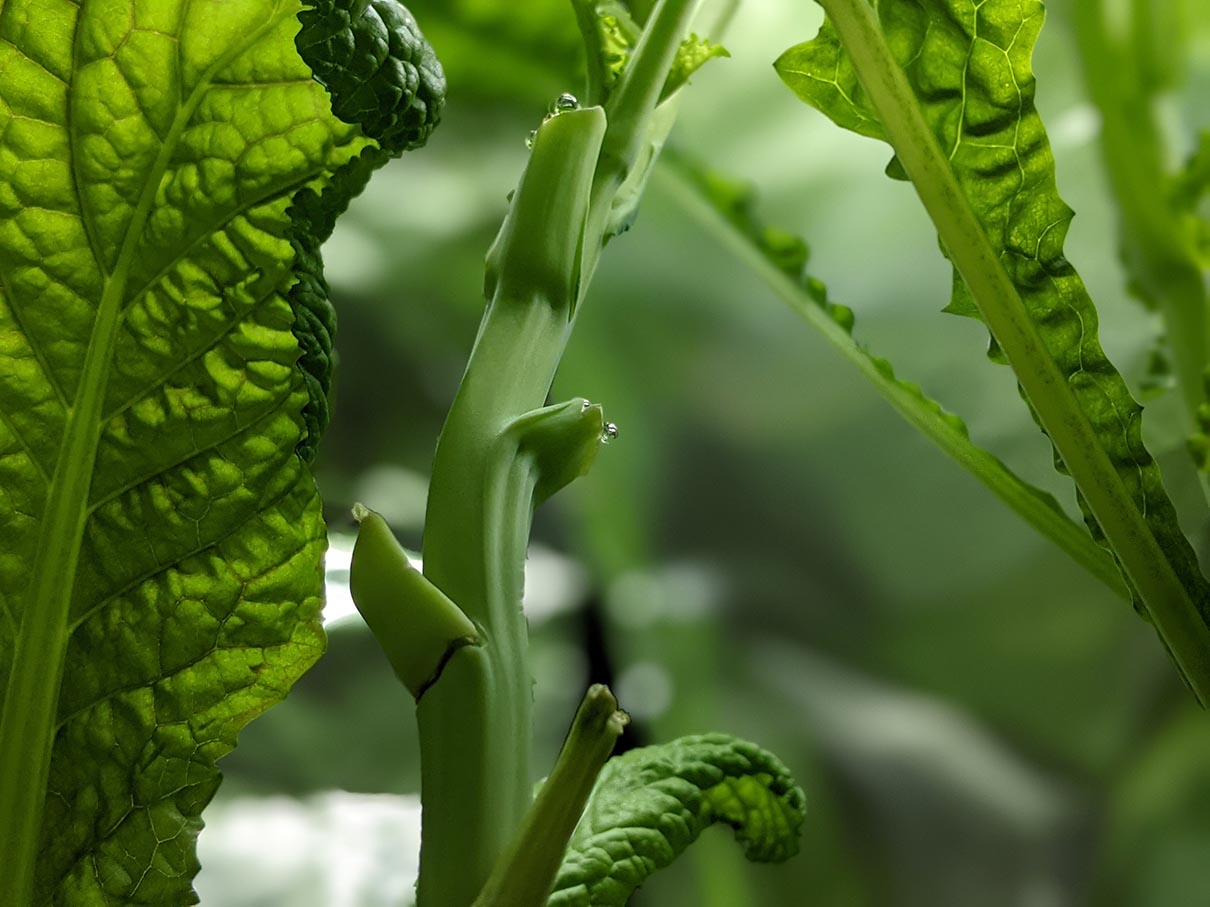 The plants in the aquaponics system are so well-hydrated that after cutting greens, you'll notice water droplets forming at the cut site. 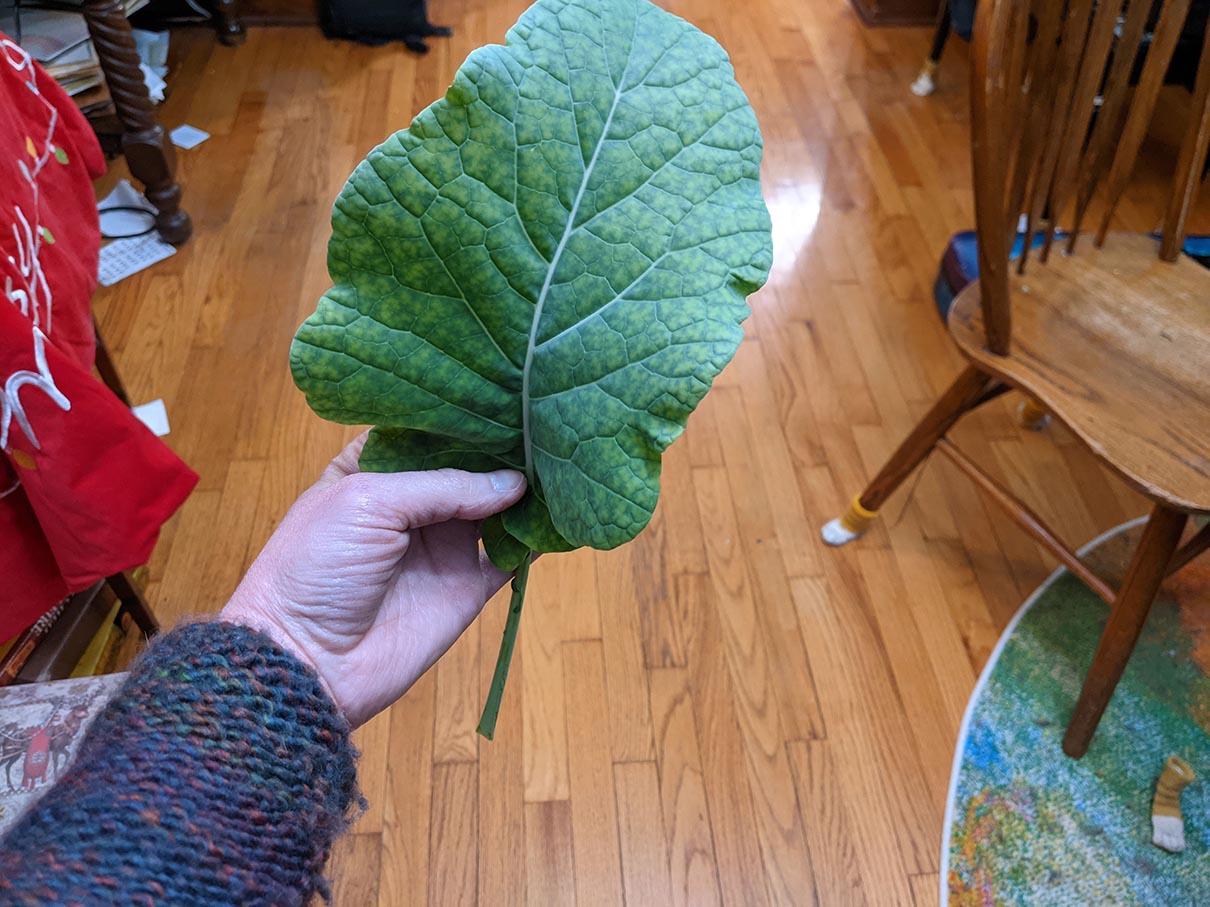